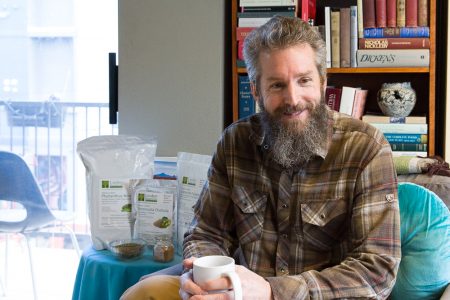 Read the Interview
8 Lessons from the Darkness — FREE EBOOK

On this page, you’ll discover links to valuable resources, information, and tools you can use to optimize your physical, emotional, and mental health.

Bacopa monnieri, also known as Waterhyssop and Brahmi, has been used in traditional Ayurvedic medicine for more than 3,000 years. The plant of universal consciousness, it is commonly used as a rejuvenator of the mind, a memory enhancer, and a meditation support that can increase clarity of thought.

Bacopa monnieri is also used in traditional medicine as an anti-inflammatory, analgesic, antipyretic, sedative, and antiepileptic agent. In addition, it is used to address backache, mental illness, joint pain, and hoarseness. Other traditional uses are as a cardiac tonic and as an aid with bronchitis, respiratory allergies, asthma, irritable bowel syndrome, and gastric ulcers.

Cistanche tubulosa is a parasitic flower that has been used in traditional Chinese medicine for thousands of years. Also known as Desert Hyacinth, Ginseng of the Desert, and Methuselah’s Breakfast, it is thought to clear the mind. Research suggests that it can enhance cognitive abilities such as learning and memory.

Cistanche tubulosa has been traditionally valued for its anti-aging properties. It has also been used to improve stamina and aid healthy sexual performance. This powerful herb has no documented side effects when taken in responsible quantities.

Cistus incanus was the 1999 European Plant of the Year, making headlines for its many health benefits. In 2010, Cistus made the news for its use as an insect repellent. Cistus is now making waves in healthy tea circles again for its benefits in helping the body deal with retro-viruses.

Cistus incanus herb is rich in bioflavonoids and polyphenols. Cistus tea ameliorates cold and flu symptoms in about 2 days after drinking the first cup. Studies have shown that Cistus leaf extracts have powerful antibacterial, antiviral, and biofilm-breaking qualities. These studies suggest that Cistus extract targets viral envelope proteins, preventing the primary attachment of the virus to host cells. This reduces the virulence and reproductive ability of the pathogen.

Lyme disease affects people of all ages — anyone with exposure to ticks can get Lyme. The Centers for Disease Control and Prevention (CDC) estimates that 300,000 people are diagnosed with Lyme Disease in the United States every year. Because it’s difficult to diagnose Lyme, many people who have Lyme may be misdiagnosed with other conditions. Learn more.

Naturecrafting is a hybrid process that combines the best elements of wildcrafting and traditional cultivation of plants and herbs.

Ocimum sanctum, also known as Holy Basil, is Queen of Herbs, a medicinal plant found in India that is considered sacred by the Hindus for its legendary healing properties. Its Sanskrit name, Tulsi, means “incomparable one.”

Used for thousands of years, the herb is prevalent in ancient Greek and Unani systems of holistic health as well as Ayurvedic medicine. It has been used as an adaptogen that balances different processes in the body and helps the body adapt to life’s stresses. It is regarded in Ayurveda as a kind of elixir of life and believed to promote longevity. Hundreds of scientific studies have established a basis for therapeutic uses of this plant.

Paeonia lactiflora is commonly known as white peony, garden peony, and Chinese peony. It has a long tradition in traditional Chinese medicine. In China, Korea, and Japan, a decoction of the dried root without bark of Paeonia lactiflora has been used in the treatment of rheumatoid arthritis, systemic lupus erythematosus, hepatitis, dysmenorrhea, muscle cramping and spasms, and fever for more than 1,200 years.

The water/ethanol extract of the root contains more than 15 components and is now known as total glucosides of peony (TGP). TPG has exhibited analgesic, ant-inflammatory, immunomodulatory and antioxidant effects in in-vitro and in vivo studies. Further studies will be needed to explain the underlying mechanisms responsible for the unique effects of TPG.

Phyllanthus niruri, also known as Chanca Piedra and Stone Breaker, is a small herb found in tropical rainforests and coastal areas. Popular in South America, it has 100+ identified bioactive compounds. Best known for helping to eliminate kidney stones and gall stones, it is also traditionally used in Andean medical systems and around the world to address a variety of chronic illnesses.

Phytochemically rich Phyllanthus niruri has the potential to help many body systems. It has been traditionally used to support the renal system, help the immune and lymphatic systems combat viruses and bacteria, support the digestive system, and reduce stress on the pancreatic system. It has been used for thousands of years and is the subject of over 1,600 scientific studies.

Polygala tenuifolia, known as the “will strengthener,” is thought to relax the soul and calm the heart — to ease restlessness and anxiety. Also known as Seneca and Senega, its adherents believe that it improves creative thinking, enhances dreaming, and enhances manifested ideas. The Chinese name Yuan Zhi translates to “high aspirations.” It is widely used in Traditional Chinese Medicine and is valued for its reputed ability to provide protection to the brain.

Semen cuscutae, also known as Dodder Seed and the “longevity herb,” is the seed of a parasitic vine used in traditional Chinese medicine to invigorate the kidneys, nourish the liver, improve eyesight, and stop diarrhea. It has a high flavonoid content and strong antioxidant properties. Studies suggest that it can support brain health and central nervous system health.

Terminalia chebula (Myroblan), considered the “King of healing” in Tibet, is a prime Ayruvedic ingredient. Collected in the Vindahya mountain region, it is valued for its healing and rejuvenating powers. The main traditional use is in support of digestive health. Preparations are also used as a cardiotonic. The extracts are thought to strengthen and nourish the tissues and support the proper function of the colon, lungs, liver, and spleen. Highly revered in India, it is believed to increase energy, intelligence, and awareness.

Vaccinium uliginosum is known as the brain berry. Blueberries’ benefits for neurological health and vigor are so well established as to make daily consumption of the fruit a no-brainer for virtually everyone. Moreover, new studies continue to confirm blueberries’ remarkable health-promoting effects in other areas of the human body.

James Joseph, PhD, lead scientist in the Laboratory of Neuroscience at the USDA Human Nutrition Research Center on Aging at Tufts, published landmark research on blueberry as a dietary supplement. As he noted, “This is the first study that has shown that dietary supplementation with fruit and vegetable extracts that are high in phytonutrient antioxidants can actually reverse some of the aging-related neuronal/behavioral dysfunction.”

Join our mailing list to receive valuable offers, tools, tips, and resources about the world’s 10 healthiest teas and extracts and the fundamentals of a healthy lifestyle. Become your best possible self — and get 10% off your first order. (We promise not to sell or share your information.)